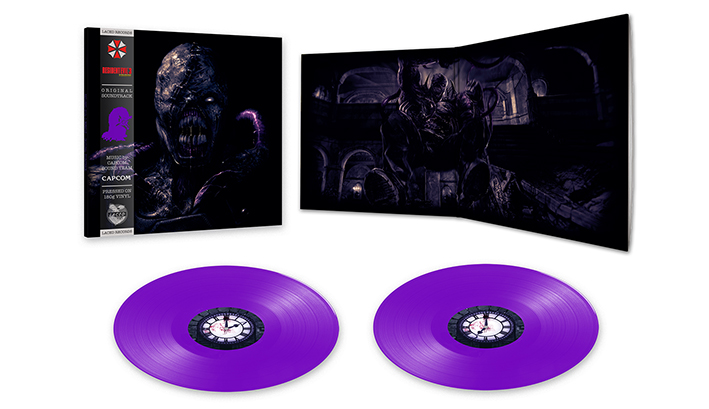 Resident Evil 3: Nemesis saw the series move in a more action-oriented direction, while retaining the fixed camera angles of the previous titles. It also introduced the world to Nemesis, a merciless walking bio-weapon who fixated on destroying Jill Valentine and any remaining S.T.A.R.S. members in Raccoon City. Composers Masami Ueda, Saori Maeda, and Shusaku Uchiyama chose a moody cinematic action sound for the score, whilst retaining the series’ woozy, synth-horror stylings.

The soundtrack has been remastered specifically for this release, and will be pressed onto audiophile-quality, 180g heavyweight vinyl LPs housed in a striking gatefold sleeve. It is available as a Standard Edition (traditional black discs) and Limited Edition (purple discs — exclusive to the Laced Records store.)

The vinyl set is only available in North America and EMEA (Europe, Middle-East, and Africa) territories